A Merseyside man has become the first in the UK to receive a ‘vaccine’ that is hoped will stop his recurring head and neck cancer from returning – in a clinical research trial which may help bring further ground-breaking treatments for the disease.

The clinical research team at The Clatterbridge Cancer Centre has given patient Graham Booth an injection of a therapy tailor-made to his personal DNA and designed to help his own immune system ward off cancer permanently. 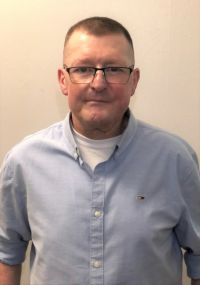 Graham first had head and neck cancer in 2011 and it then returned four times, each time meaning he needed gruelling treatment, including facial surgery, reconstruction and radiotherapy. He is now hoping this new treatment – part of the Transgene clinical research study – will mean it does not come back.

Dad-of-five Graham, 54, will have a year-long course of immunotherapy injections in a bid to keep him cancer-free, part of a research project designed to reduce deaths and recurrence in head and neck cancers, including of the throat, neck, mouth and tongue.

Graham, of West Kirkby, said he was not worried about being the first person in the UK to receive this pioneering treatment and that it “opened new doorways” which gave him hope that the cancer would not come back. Graham said: “When I had my first cancer treatment in 2011, I was under the impression that the cancer would not return. My biggest fear was realised in 2016 when it came back and then in 2019 and then two cases in 2021.

“Last year I had the feeling of the cancer progressing and there were not a lot of options left. This clinical trial has opened new doorways and gives me a bit of hope that my cancer won’t come back. And this could open doorways for other people. I’m hopefully looking at a brighter future. A bit of hope that it never returns again – which would mean the world to my family and everyone around me.” 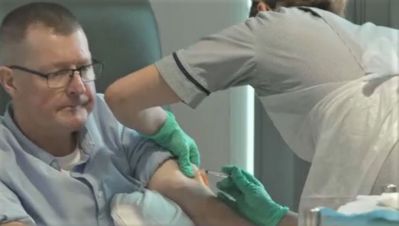 Chief Investigator for the UK trial, Professor Christian Ottensmeier, a Consultant Medical Oncologist at The Clatterbridge Cancer Centre and Professor of Immuno-Oncology at the University of Liverpool, said: “It is a really exciting day in this important and potentially game-changing research.

“To have reached the stage of a patient receiving this treatment that only a few years ago was thought of as science fiction, is truly amazing.”

Prof Ottensmeier said more patients were in the process of joining the trial at Clatterbridge and they would be offered individualised treatments, which could benefit them greatly, as well as expanding the team’s knowledge of personalised cancer therapies that could eventually help people with other cancer types. 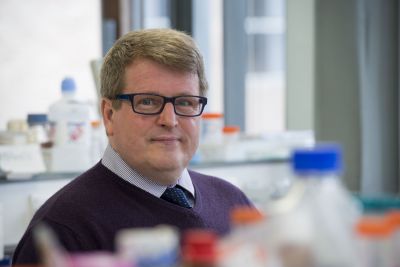 “We are really grateful to Mr Booth that he has agreed to participate on this clinical research trial,” said Prof Ottensmeier. “It is wonderful that we have been able to move from the theoretical stage of this research into creating a treatment for real people. We have all waited so long for this day to come. We think this will make a real difference to the patients we treat at Clatterbridge.”

Prof Ottensmeier said patients would also have a better experience with this treatment – which is manufactured in France by biotechnology company Transgene – as there would be far fewer side effects because healthy tissue and cells would not be damaged, as is usually the case in chemotherapy and radiotherapy.