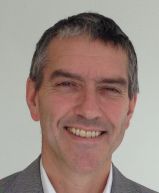 Professor Andrew Pettitt studied Medicine at the University of Cambridge (1983-1989) before taking up clinical training posts in Internal Medicine (Nottingham, 1990-1992) and Haematology (Liverpool, 1992-2000), during which time he completed a PhD on drug resistance in chronic lymphocytic leukaemia (CLL).

In 2000, he was appointed as Clinical Senior Lecturer in Haematology at the University of Liverpool, with subsequent promotion to Reader (2004), Personal Chair (2006) and Ronald Finn Professor of Experimental Medicine (2013). University leadership roles include Head of Department of Molecular and Clinical Cancer Medicine (2011-2020) and Chair of the Clinical Trials Oversight Committee (from 2018).

At national level, Andrew is Chair of the National Cancer Research Institute (NCRI) Lymphoma Research Group (from 2017), having previously chaired the NCRI Haematological Oncology Clinical Studies Group (2012-2017) and UK CLL Forum (2006-2012). He also represents the UK in the European Lymphoma Institute (from 2019).