'Breast cancer doesn't just affect women. Men can get it too.' 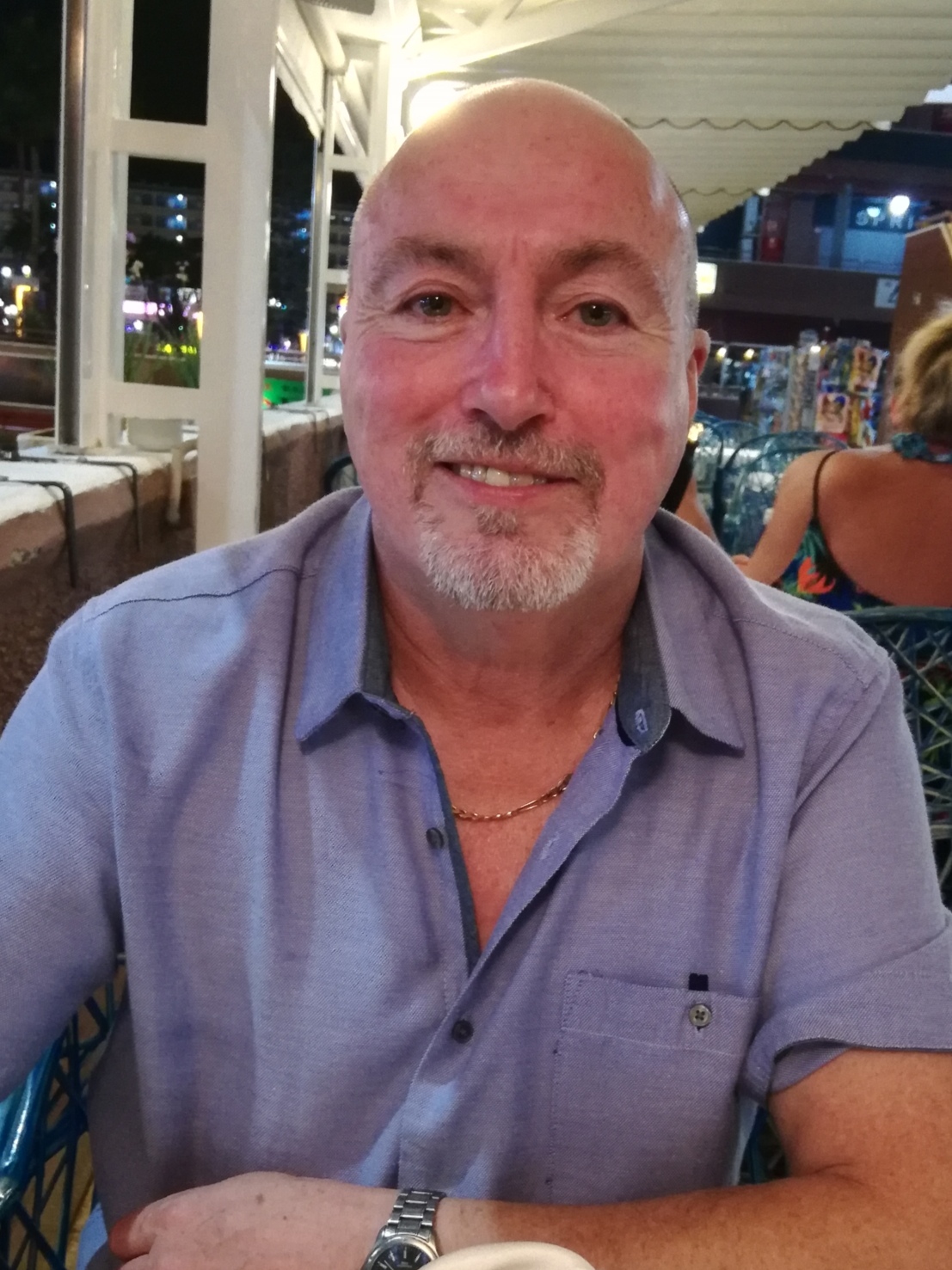 When Graeme Brooks found a small bump in his chest in early 2016, the last thing he expected was that he had breast cancer. “It was a total shock,” he explains. “Even though I’m a nurse myself, I’d never come across a man with breast cancer – only women.”

Now Graeme, 62, from central Liverpool, is telling his story for Breast Cancer Awareness Month to help other men and to encourage them to get any chest lumps or other symptoms checked out.

As a practice nurse in a busy GP practice, Graeme knew how important it was to keep an eye on his health and seek help if he spotted any unusual and persistent changes in his body – for example, lumps and bumps, a cough that wouldn’t go away, or losing a lot of weight without trying.

When he found a small sore lump above his right nipple, he asked his GP to have a look at it. “He referred me to hospital and I got an appointment within a fortnight for a scan,” Graeme recalls. “I had the scan and went back an hour or two later and the consultant was there with a specialist nurse and two or three other people who explained what it was. I was quite shocked, to be honest. You really don’t expect it when you’re a man. I went away for a week because I just needed time to get my head around it.”

One of the hardest things, Graeme says, was dealing with people’s reactions when he told them he had breast cancer. “I remember telling one of my friends and he said, ‘no, you can’t have because that’s a woman’s thing’, and you’ve got to explain. I only knew about it myself because I went through it as a man.

Graeme had a double mastectomy at the Royal Liverpool Hospital followed by chemotherapy, radiotherapy and hormone therapy at The Clatterbridge Cancer Centre. “That was strange in itself,” he says, “because the other patients were all women when I went for my chemo but the staff in all the hospitals have been fantastic.”

Although breast cancer is relatively rare in men, there are around 300-400 new cases* diagnosed each year and men account for 0.7 per cent of all breast cancer diagnoses.

That’s one of the reasons Graeme is so keen to raise awareness and encourage other men not to ignore the symptoms. “I know it happens a lot more to women because of the nature of the condition but no one seems to say it affects men as well. When I see publicity about breast cancer on the television, I’m shouting back at the telly ‘it affects men as well’.

“People talk about women needing to check their breasts but it’s also important for men to check their chests and get advice if they find anything unusual.”

Graeme made a good recovery in 2016 but continued to keep a close eye on his health and sought help quickly after experiencing pain in his rib earlier this year.

It was a good job as scans showed that, as well as having secondary breast cancer in a rib, he also had early oesophageal cancer without any symptoms. After undergoing chemotherapy for his oesophageal cancer, he underwent a 10-hour operation at the Royal Liverpool in May to remove the oesophageal cancer and the rib and is currently recovering at home.

“I couldn’t have got through this without the support of my husband, my family and close friends,” Graeme says.

His latest scan results show no sign of any cancer currently, and he is now on an endocrine therapy consisting of goserelin injections once a month at The Clatterbridge Cancer Centre’s Liverpool hospital and a daily tablet called letrozole to help keep his breast cancer at bay.

“I saw Professor Palmieri about my breast cancer the other week and he seems pleased with how my treatment is going,” says Graeme. “I’ve just got to keep up with the injections and the hormone tablets and hopefully everything’s gone. They’ve told me it will take 12-18 months to recover after the operation and I’ve lost about 3 stone so I’m trying to put weight back on and get myself back to normal. I love travelling to Gran Canaria and Turkey and just can’t wait until I’m able to go on holiday there again.”

Professor Carlo Palmieri, Consultant Medical Oncologist at The Clatterbridge Cancer Centre NHS Foundation Trust, who is treating Graeme for his breast cancer, said: “Male breast cancer is relatively uncommon but still affects a significant number of people so it’s very important not to ignore any lumps or unusual symptoms in your chest tissue, regardless of gender.

“Graeme’s vigilance didn’t just pay off in his initial breast cancer diagnosis. It also meant his oesophageal cancer was caught at a much earlier, and more treatable, stage than it might otherwise have been. The same is true of the breast cancer cells that had spread to his rib.”

New Innovation Manager joins the Trust
“I GOT SO USED TO MY BODY FEELING THIS WAY, I IGNORED IT&...
« Return to News