September was a month signified by the death of HM The Queen. Everyone here at the Clatterbridge Cancer Charity would like to express our deep sadness & we offer the Royal Family our heartfelt condolences.

On Saturday 17 September 2022, we welcomed back one of our favorite events for its second year as over 60 incredible Clatterbridge Cancer Charity supporters conquered Mt. Snowdon raising over £12,500 for local people living with cancer.

Lead The Way: Snowdon sees members of Team Clatterbridge endure a testing yet rewarding 9-mile trek up the highest mountain in Wales, hitting elevations of 1,085 meters! Whilst it was bitterly cold when approaching the summit, the skies were clear and hikers were greeted with some amazing views of Snowdonia and the surrounding areas.

We are so proud of the dedication shown by those who took part.

Take a look the photos here!

Jonathan told us his ““Dad was diagnosed with testicular cancer in 2011, and within 2 weeks of his appointment with his GP he had had a successful operation, completed one dose of chemotherapy and continued with regular check-ups for a further 5 years. Then in 2018 he was diagnosed with prostate cancer.”

Not only has Jonathan raised over £950 for the charity but he has also clocked up a whopping 2,500 miles whilst training for the ultimate bike ride.

The journey begins in London with the route going through the amazingly beautiful English countryside, before crossing the Channel to Calais. 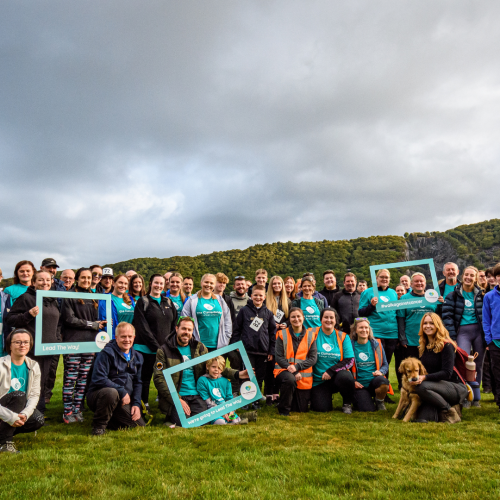 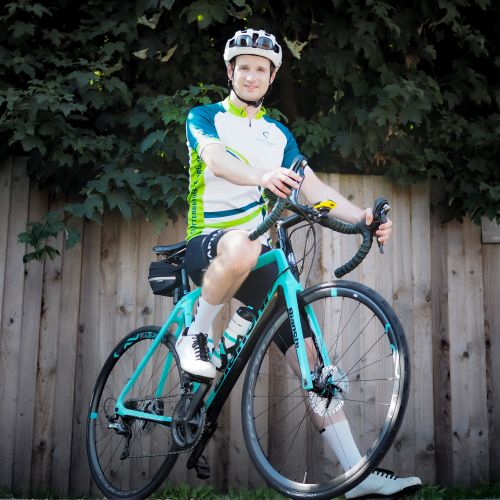 Once across the water, Jonathan started cycling along quiet French country lanes, through traditional market towns with views of the rolling green hills of Northern France, passing the war memorials and cemeteries of the Somme, with a spectacular finish at the home stretch around the Arc de Triomphe and along the Champs Elysées, before reaching the piece de resistance, the Eiffel Tower, which marked the finish line.

We are always so amazed by our supporters, whether they are taking on one of our events or completing their own challenges, people like Jonathan are so awe-inspiring. We asked him why he was taking part in such a challenge and he told us he had “already been looking to do something challenging, and thought to myself ‘why not take on something that would raise money for a cause which has given my family a positive outcome’. This will be the toughest endurance challenge I have taken on and I am hoping (in a few years’ time!) to also complete the Land’s End to John O’ Groats, but first I want to make sure I make it to Paris where I can settle down with a celebratory baguette and a glass of wine overlooking the Eiffel Tower!”

On the 3rd September, Cathy Day decided to hold a barbeque to raise money for Clatterbridge Cancer Charity as a thank you to ALL the NHS staff who are constantly giving the best possible care, and to support continued funding of life-saving research.

In 2019 Cathy Day was diagnosed with breast cancer, she recounts what it was like facing her own personal battle against the backdrop of a growing global pandemic, and why she decided to support the Clatterbridge Cancer Charity.

“Shortly after my diagnosis as a nation we were in our first pandemic lock down and the country and world was facing a new frightening normality. Closer to home, my own world was taking a different but also scary path. Very quickly, I needed to learn the ‘breast cancer language’ words like; invasive dutal carcinoma; oestrogen receptor; HER2 and serous.

After three months of incredible care, a mastectomy and radiotherapy, I was well again. The journey of getting well again took a lot of support from my partner, family, friends, the Chester Countess and of course the Clatterbridge Cancer Centre.

“The event was incredibly well supported with over 50 people in our garden who enjoyed some live music and garden games. I was very grateful for everyone’s generosity especially Lakeland Leisure who donated some amazing raffle prizes; a day hire boat; two night stay in a floating pod; as well as some of the food for the barbeque. We also received some lovely fresh products to compliment the burgers and hot dogs from farm shop The Hollies.” 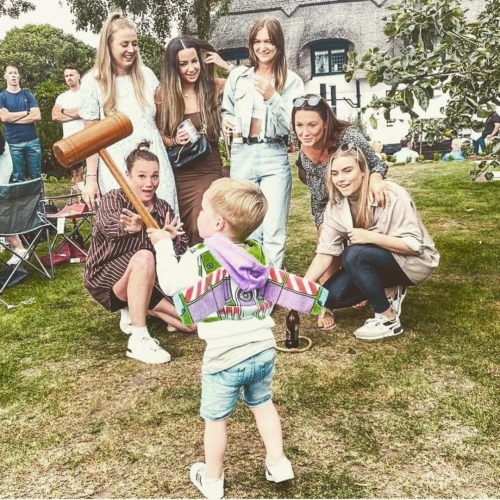 Cathy raised a fantastic £1,346.43 on the day, with possible match funding in the pipeline too. Thanks for your amazing support Cathy, we think you’re great!

Our amazing supporter Roz Transfield, held her Afternoon Tea at Thornton Hall at the start of the month, raising £4,800.

She sold tickets to the event, did a raffle for each table & an auction, with around 100 people in attendance!

If you haven’t heard of Roz, she’s an absolutely amazing supporter of ours, who has now raised over £142,000 since December 2014 by holding various charity events just like this one. So we’d like to say a MASSIVE THANK YOU to Roz and everyone that supports her events.

We also want to say a MASSIVE THANK YOU & WELL DONE to superstar Ben, who took part in the North West Kids Duathlon on the 17th September!

“Ben wanted to raise some money in memory of his Grandad who unfortunately died of cancer in December after being under your care for some time. We have been so overwhelmed by the support as were not expecting to raise so much money!

Ben aimed to raise £100 but went way over that and managed to raise an incredible £500 for the charity! 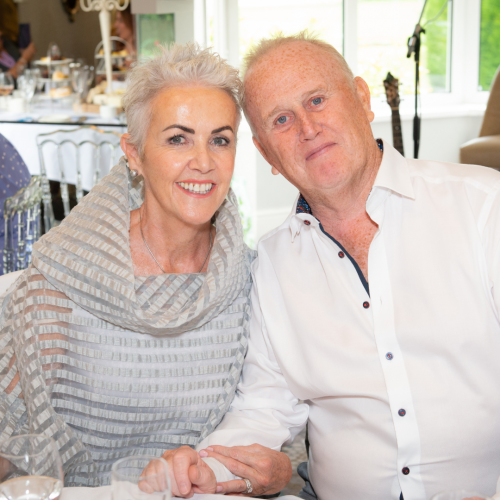